The street on which Neary’s is located, Chatham Street, dates back to 1773 and appears unnamed and practically a cul-de sac on that years edition of Rocque’s Plan of Dublin.
While in the same year it is shown as part of the Dublin Corporation Estate, a section called “Flint’s Croft” on a manuscript plan in the famous Longfield map collection now held in the National Library.

Chatham Street dates from 1785, and named after the Earl of Chatham according to “Dublin Street Names”, it recalls William Pitt Elder, (afterwards Earl of Chatham) who collapsed in the middle of a speech in Parliament opposing any recognition of the "revolting American colonists".

Records from the “General Valuation of Ireland” – City of Dublin identify the property as a house & shop in 1853 and owned by the Casserly family, it is thought the property traded as Casserly Tavern up to 1887.

The name Neary can be traced back to 1887 when Thomas Neary was the proprietor and the name has stayed with the bar ever since. Nearly all original features remain in Neary’s including the 2 lamp brackets that decorate the frontage of Neary’s and are fine pieces of craftsmanship, and among the last of their kind in Dublin. Inside there are 4 gas lamps that are still in working condition, and some the last working indoor gas lamps in Ireland.
​
​Also still in working order is the dumbwaiter powered by a “Wadsworth of Bolton” motor which has been humming up and down the building since 1957. 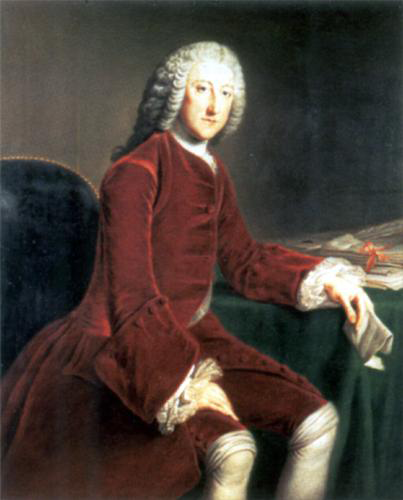 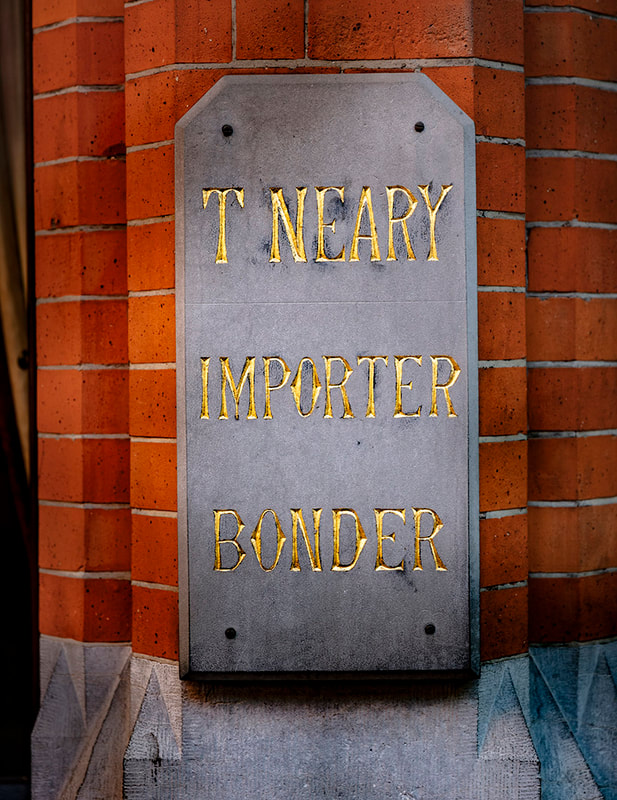 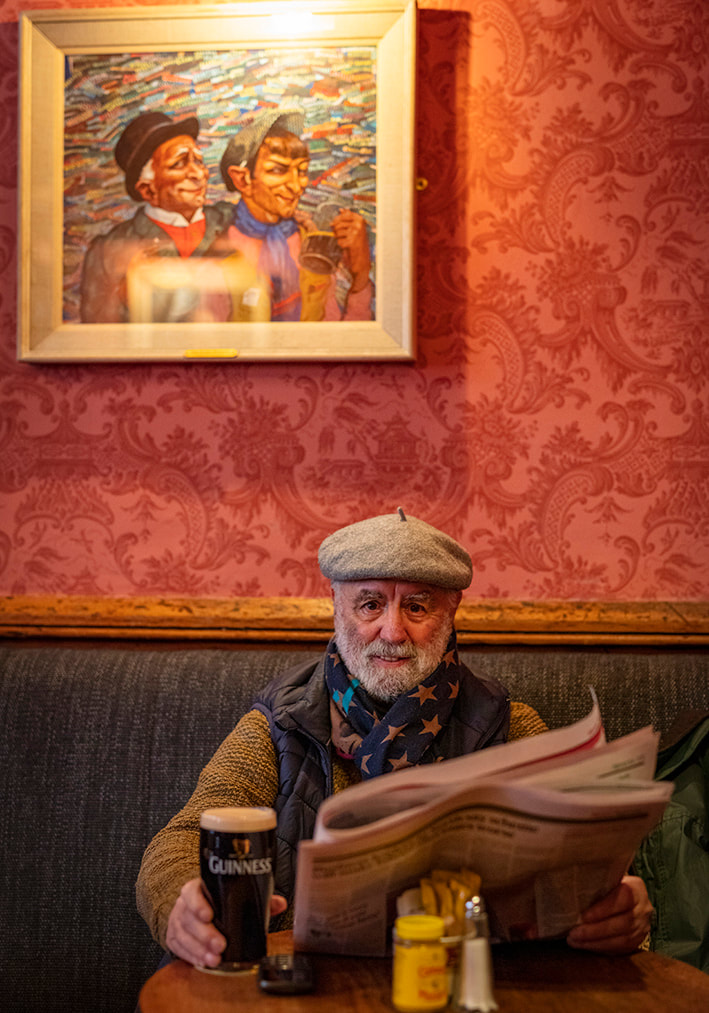 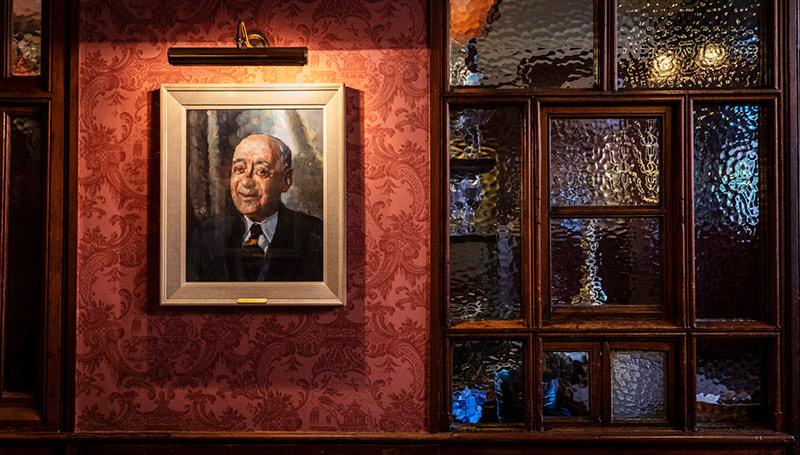 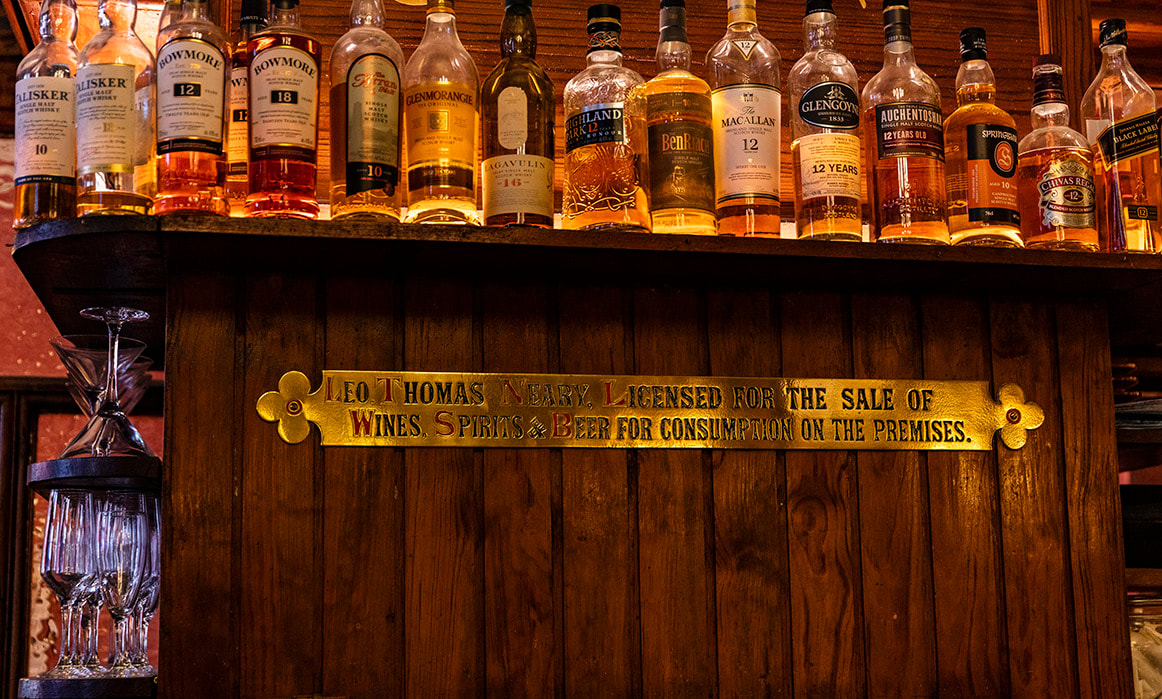 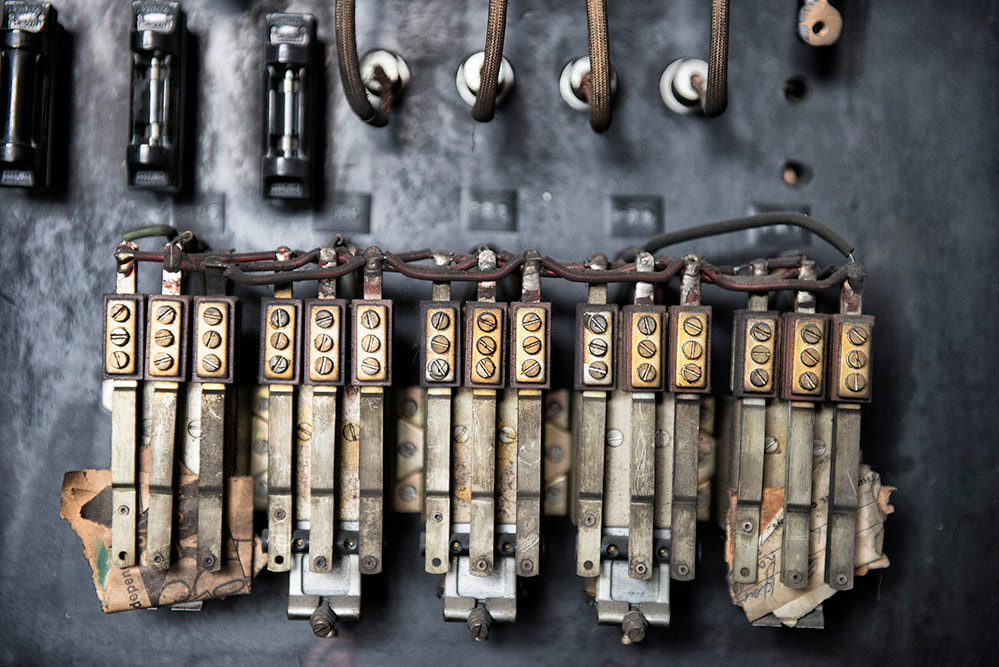 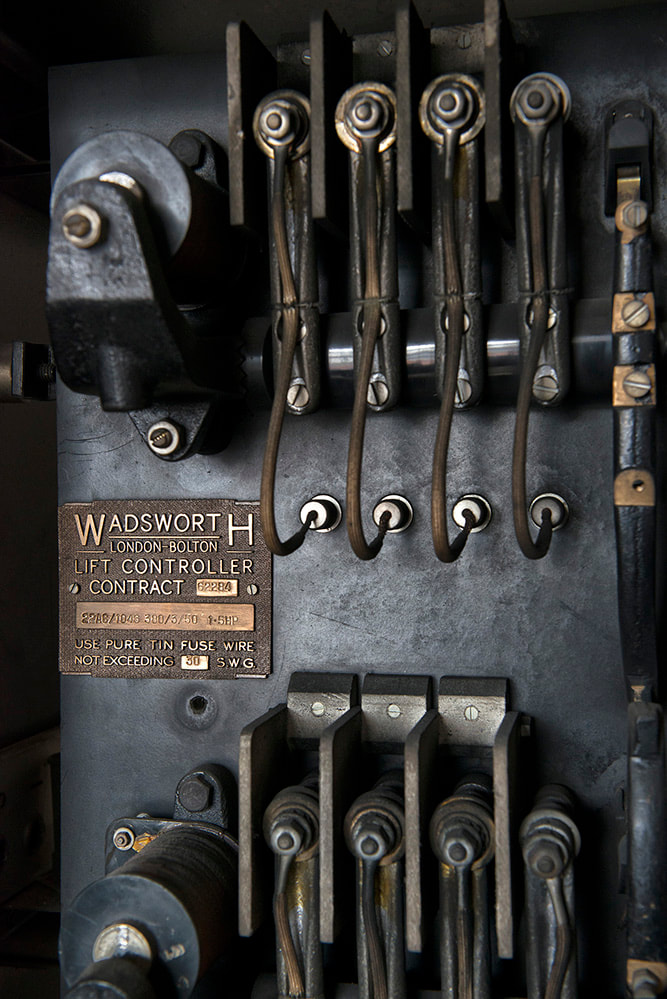 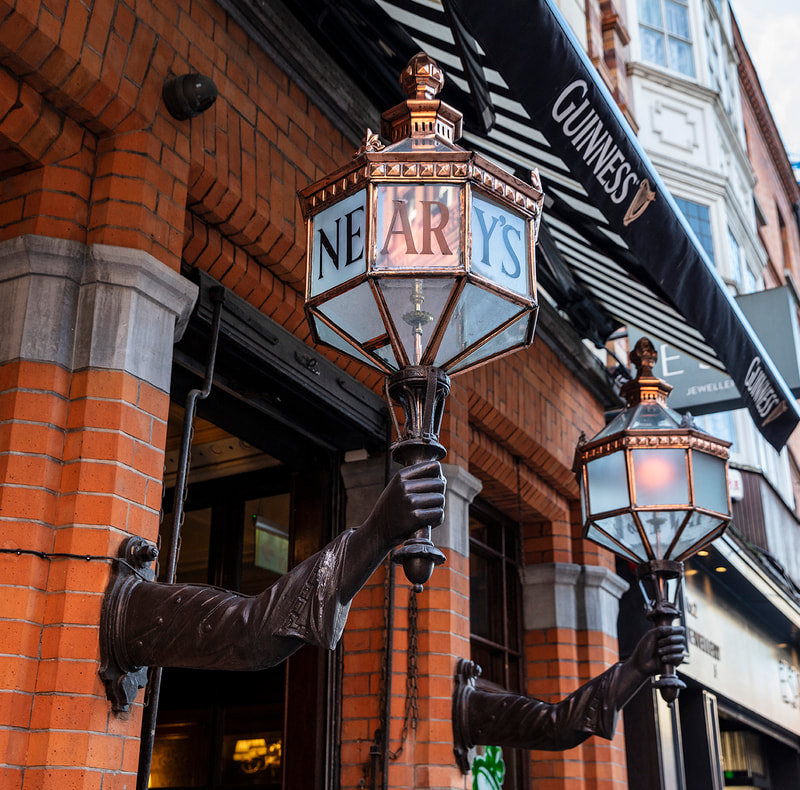 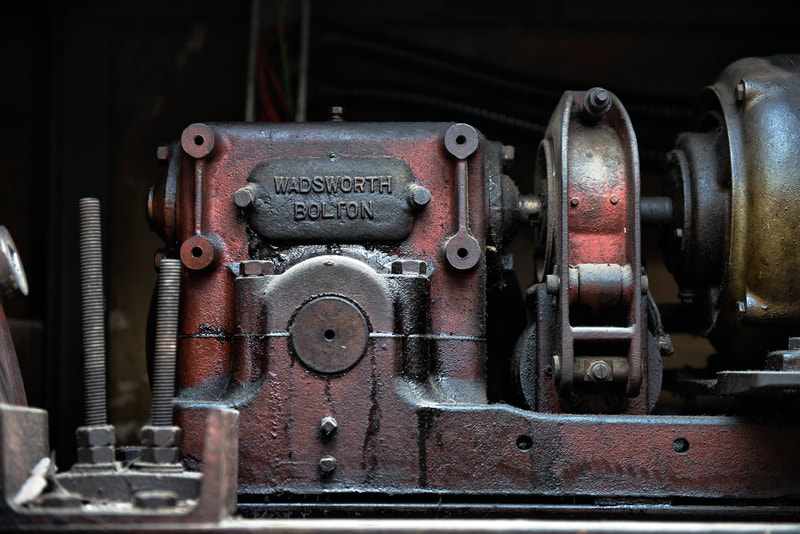 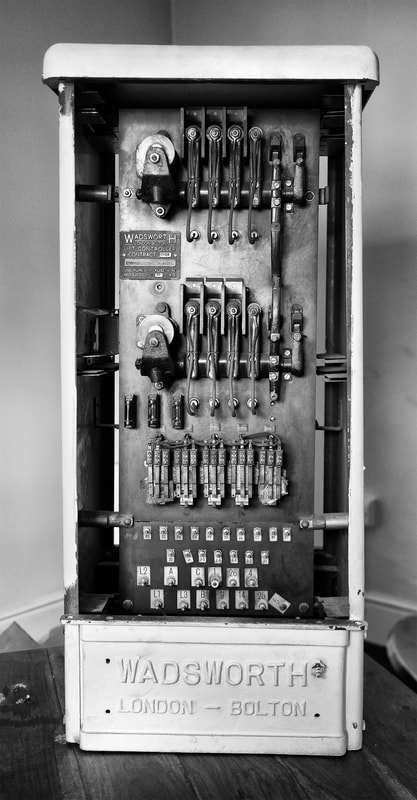 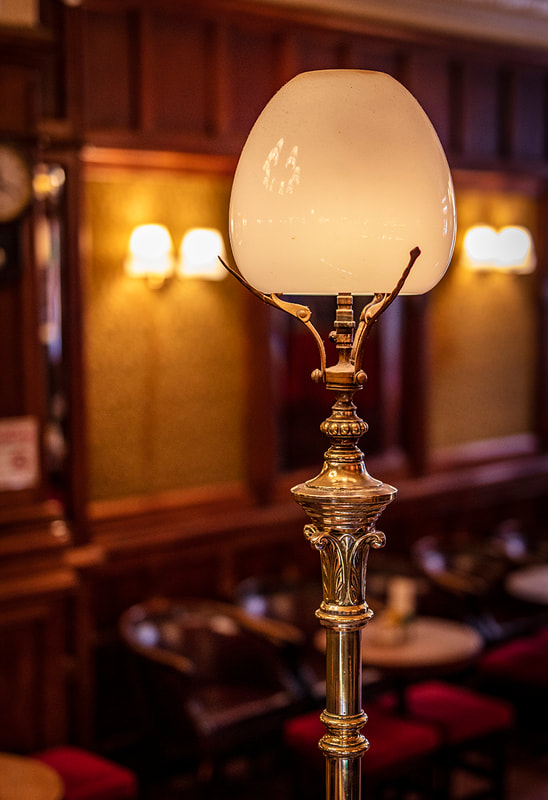 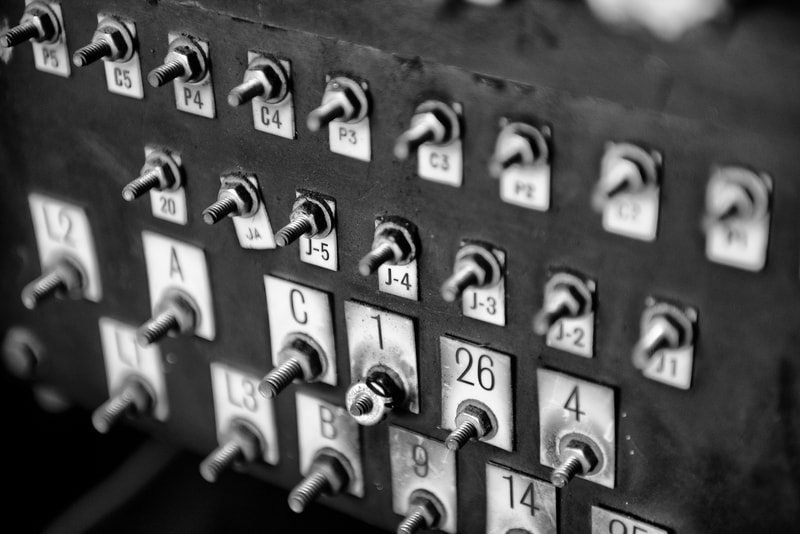 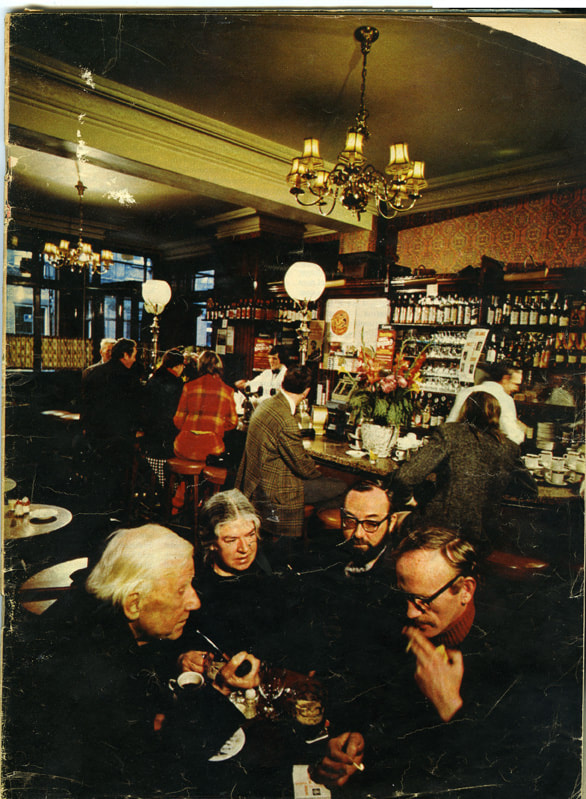 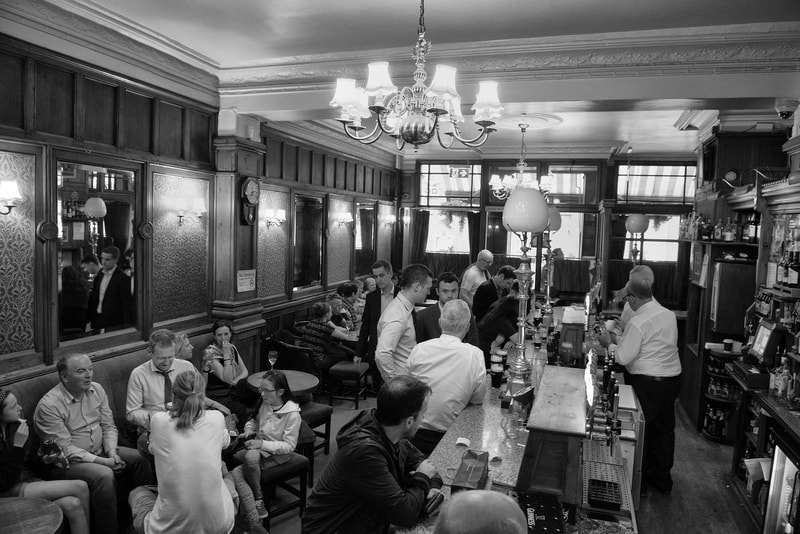 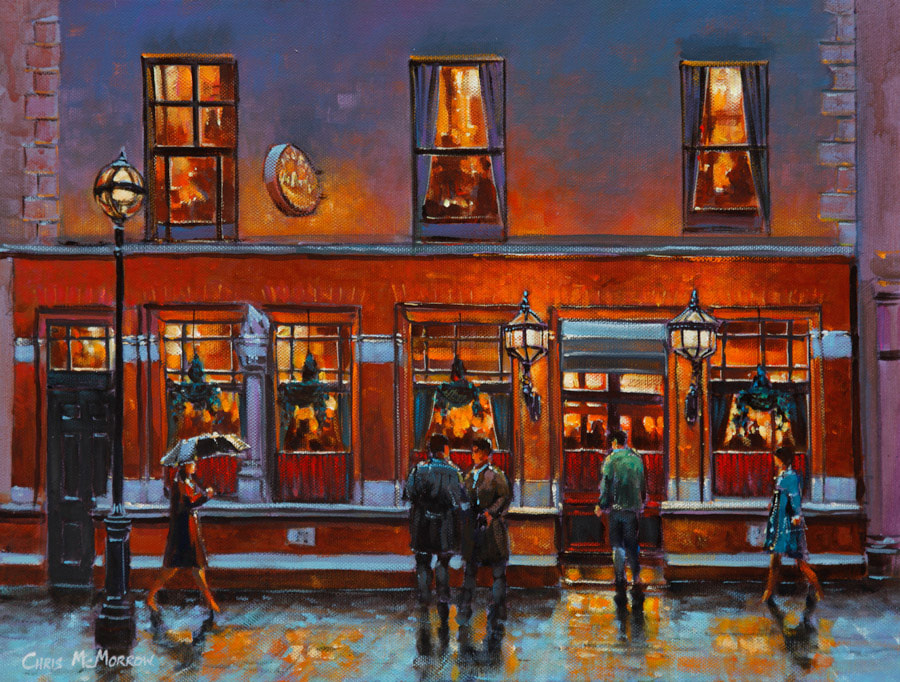 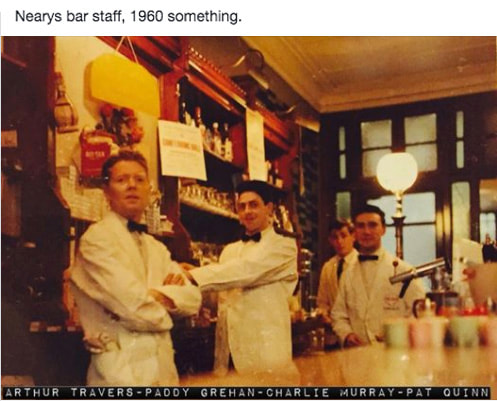 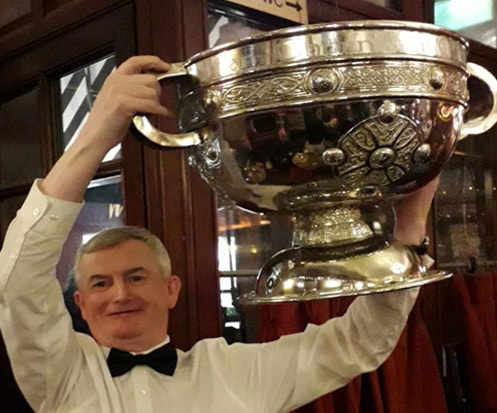 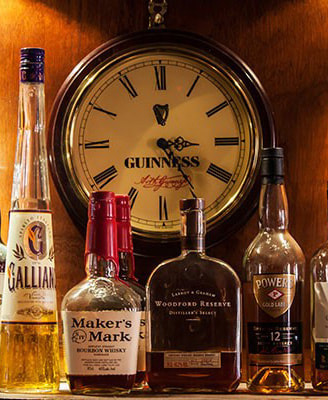 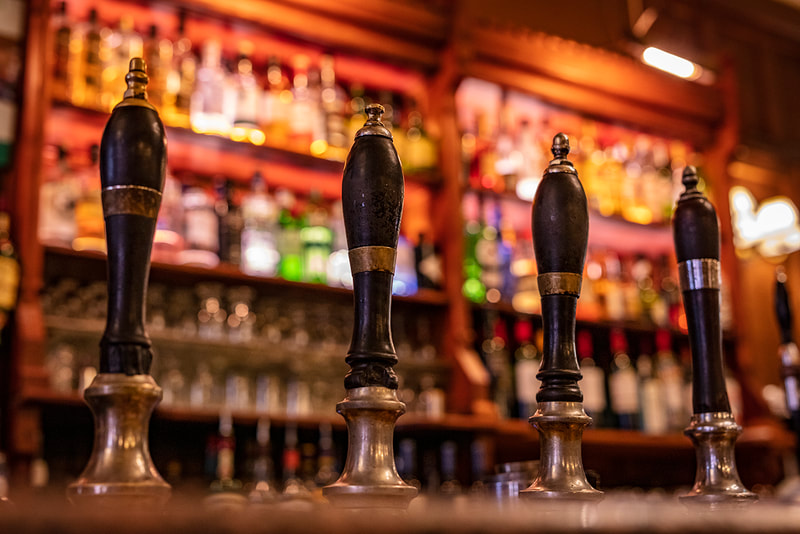 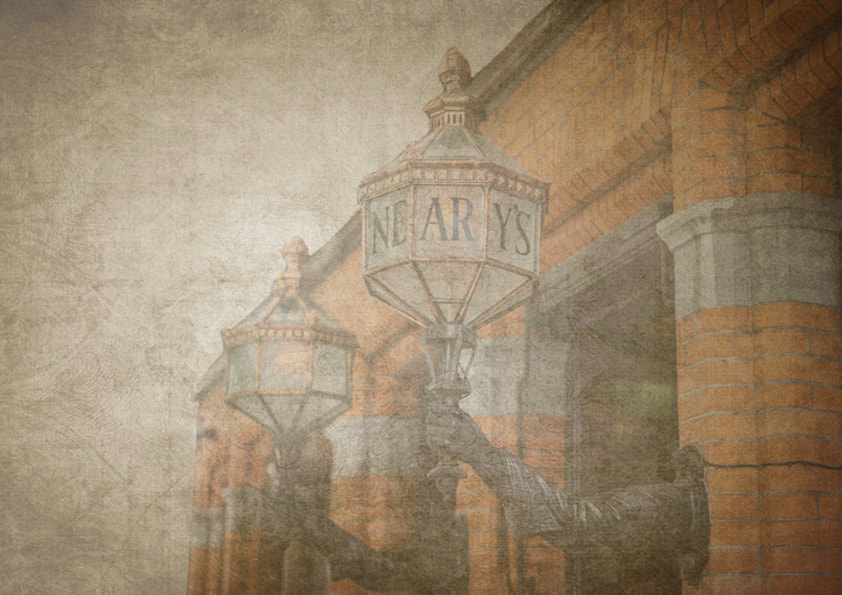 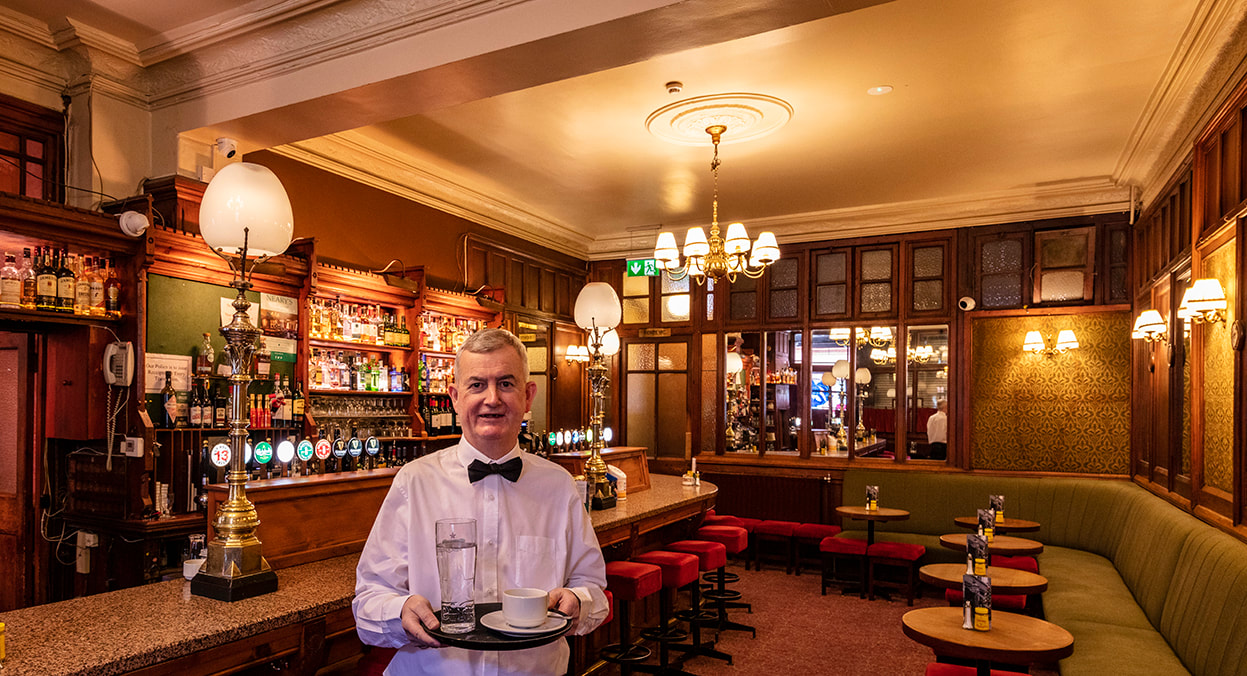 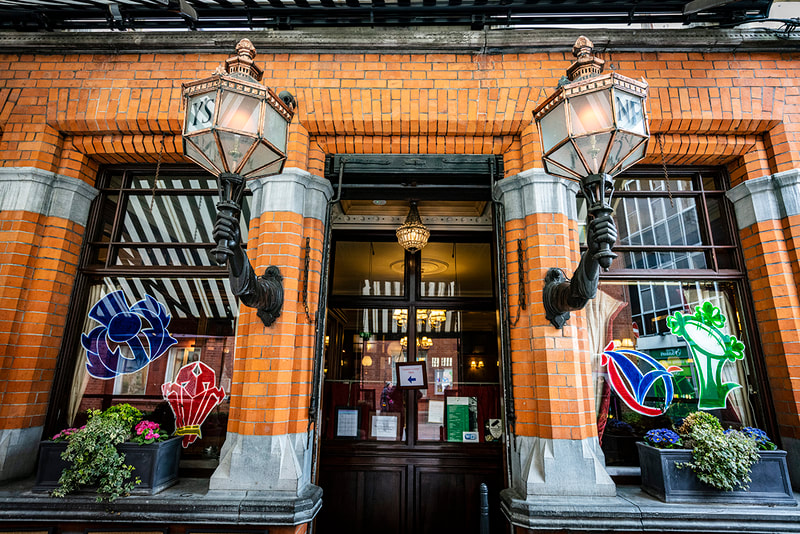 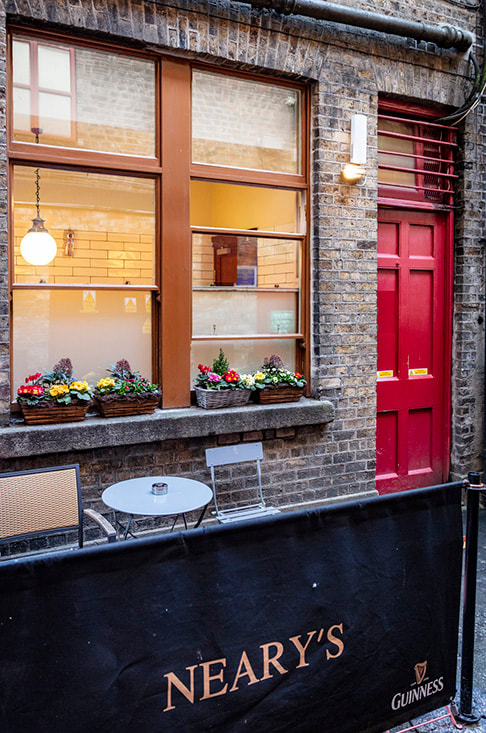 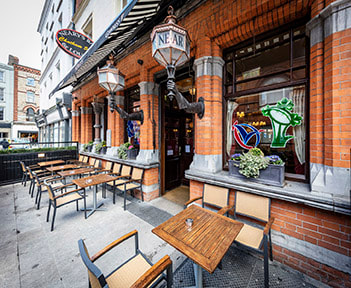 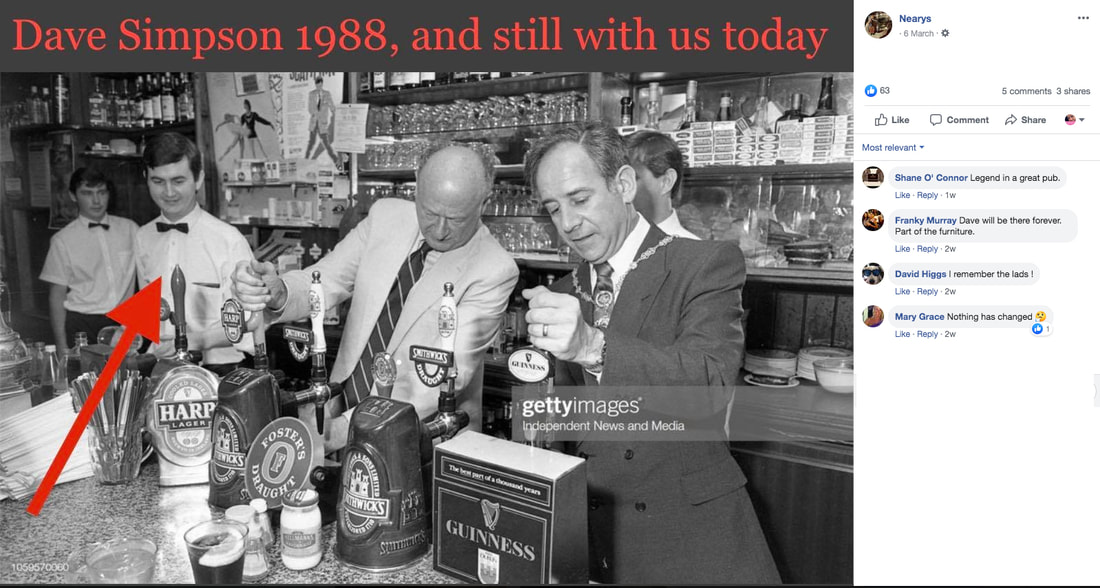 GO BACK TO Neary's WELCOME